We are participants in the Amazon Services LLC Associates Program, an affiliate advertising program designed to provide a means for us to earn fees by linking to Amazon.com and affiliated sites, as well as other affiliate links. See our disclosure page for more info.
Share
Pin
Tweet
Email
Share
Reddit
0 Shares

“And Jesus answered and said unto them, Take heed that no man deceive you. For many shall come in my name, saying, I am Christ; and shall deceive many.”
Matthew 24:4-5

Some people wrongly assume that this passage is teaching that many will come professing to be the Messiah. In actuality, this verse is addressing the very same issue spoken about by Jesus in Matthew 7:22-23. Jesus is not saying that many will come proclaiming they ARE Jesus. Instead, He is saying that many will come in His name, professing to be Christians. They will even declare that Jesus is the Christ, but they will not be ministers of Christ at all and their false teachings are going to deceive many. How so? I believe the Apostle Paul answers this in his epistle to the Galatians. Evidently, there were some that had stirred up trouble in the Church at Galatia and were “perverting the gospel of Christ.” (Gal 1:6)

According to Galatians 2:4, these “false brethren” had infiltrated the church in order to spy out the liberty which they had in Christ Jesus, so that they could be brought back into the bondage of the Mosaic Law. Many were deceived into accepting a false gospel. In Galatians 1:6-7, Paul referred to this false gospel as “another gospel which is not another.” The words translated “another” in that phrase are actually two different Greek words, the first meaning “another of a different kind” and the second meaning “another of the same kind.” So these verses could be better translated as “I marvel that ye are so soon removed from Him that called you into the grace of Christ unto another gospel of a different kind: which is not another of the same kind; but there be some that trouble you, and would pervert the gospel of Christ.”

According to Acts 15:5, these Judaizers, a sect of the Pharisees, taught that it was necessary to circumcise the Gentile believers and command them to keep the Law of Moses. Paul devotes the entire Epistle to the the Galatians to defend against this false teachings. He even uses pretty harsh language in Galatians 5:2, saying that if those in Galatia were to get circumcised, “Christ would profit them nothing” because they that are circumcised are a “debtor to do the whole law.” Those that seek to be justified through the works of the law, they are “fallen from grace.” Jesus Christ has become of “no effect” unto them. (Gal 5:4)

Those are pretty damning words being used by the Apostle Paul, and for good reason! Paul wanted the Galatian assembly to understand that they were playing with a fire that would one day consume them.

This is what Jesus meant, when He stated, in Matthew 7:22-23, that many will one day say to Him, “Lord, Lord, have we not prophesied in thy name? and in thy name have cast out devils? and in thy name done many wonderful works?” Jesus, however, gave a stern warning that he will profess unto them, “I never knew you: depart from me, ye that work iniquity.”

Many will come before the Lord, having been deceived into accepting a works-based salvation. They will listen to those that profess Christ from the pulpit, yet do not have Christ in their hearts. They will boast before the Lord of all the great works they have done in Jesus’ name, but Jesus will simply respond with the most terrifying words any man will ever hear, “I NEVER KNEW YOU.”

What work is required of those seeking to be saved? John 6:26-29 provides the answer:

“Jesus answered them and said, Verily, verily, I say unto you, You seek me, not because you saw the miracles, but because you did eat of the loaves, and were filled. Labor not for the meat which perishes, but for that meat which endures unto everlasting life, which the Son of man shall give unto you: for him hath God the Father sealed.”

Many have been deceived into working for meat which perishes. They proclaim the name of Christ but they know him not. Their bellies have been temporarily satisfied by the works of the law, but one day they will perish with their works. However, those that receive the bread of life, by believing in Christ Jesus and the work He accomplished at Calvary on their behalf, will receive everlasting life.

Our best is not enough. Only those that submit to Christ’s righteousness will enter the kingdom of God. Our acts of righteousness like filthy rags in comparison (Isa 64:6). No one will be justified (declared righteous) by works of the law. (Rom 3:20) For Christ is the end of the law for righteousness to every one that believes. (Rom 10:4)

The righteousness that God requires is freely available to everyone but is only applied to those that believe. (Rom 3:22) God alone is the just (righteous one), and the justifier (one who makes righteous) of all that place their faith in Jesus Christ. (Rom 3:26) Apart from Christ, we are morally bankrupt, but the moment we believe, Christ’s righteousness is imputed (placed) into our accounts. (Rom 4:22-25)

Those who are placing their faith in any work other than the finished work of Jesus Christ are deceived. They are playing with fire that will one day consume them, for our God is a consuming fire. (Heb 12:29)

“See that you refuse not Him that speaks (Jesus). For if they escaped not who refused him that spoke on earth (Moses), much more shall we not escape, if we turn away from Him that speaks from heaven (Jesus):”
Hebrews 12:25 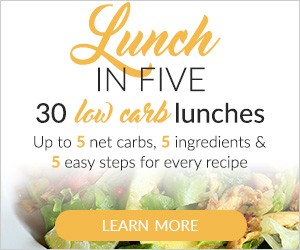