Disclosure (in accordance with the FTC’s 16 CFR, Part 255: “Guides Concerning the Use of Endorsements and Testimonials in Advertising”): The following is a review. Opinions are 100% my own and NOT influenced by monetary compensation. I received a copy of this product and was compensated for my review. Even so, all opinions are my own and a positive review was NOT required.

DISCLOSURE: I received a complimentary copy of this book from Litfuse Publicity Group in exchange for my review. Opinions are my own. No compensation was received for this review. 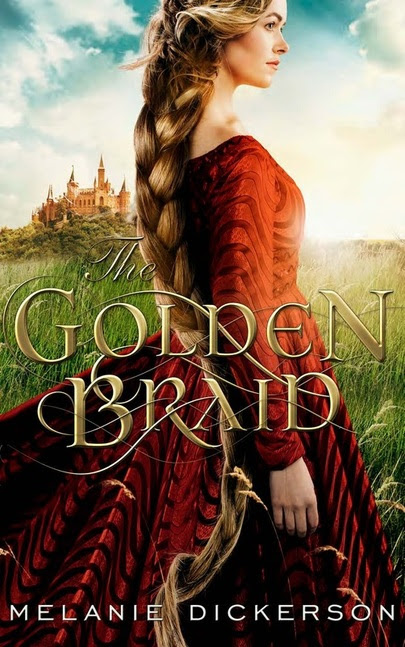 About the book:
The Golden Braid (Thomas Nelson, November 2015)

Rapunzel can throw a knife better than any man. She paints beautiful flowering vines on the walls of her plaster houses. She sings so sweetly she can coax even a beast to sleep. But there are two things she is afraid her mother might never allow her to do: learn to read and marry.

Fiercely devoted to Rapunzel, her mother is suspicious of every man who so much as looks at her daughter and warns her that no man can be trusted. After a young village farmer asks for Rapunzel’s hand in marriage, Mother decides to move them once again—this time, to the large city of Hagenheim.

The journey proves treacherous, and after being rescued by a knight—Sir Gerek—Rapunzel, in turn, rescues him farther down the road. As a result, Sir Gerek agrees to repay his debt to Rapunzel by teaching her to read. Could there be more to him than his arrogance and desire to marry for riches and position?

As Rapunzel acclimates to life in a new city, she uncovers a mystery that will forever change her life. In this Rapunzel story unlike any other, a world of secrets and treachery are about to be revealed after seventeen years. How will Rapunzel finally take control of her own destiny? And who will prove faithful to a lowly peasant girl with no one to turn to? 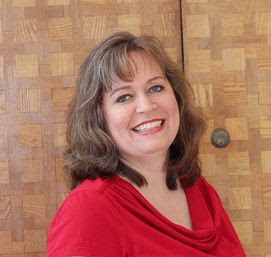 Melanie Dickerson is the author of The Healer’s Apprentice, a Christy Award finalist and winner of the National Reader’s Choice Award for Best First Book. Melanie earned a bachelor’s degree in special education from the University of Alabama and has been a teacher and a missionary. She lives with her husband and two daughters in Huntsville, Alabama.

What I Thought:
I wanted to wait until I was done with other projects before I read this book. I wanted it to be a treat. But I couldn’t help it. I snuck and read it before I should have. And I was right – it was a delightful, fun, entertaining, smart romp. I adored this retelling of Rapunzel and feel that Melanie Dickerson did a wonderful job. The fact that it was a Christian book, therefore pointing us to Christ and also free from anything trashy, was a major plus!
(This contains slight spoilers.)
Rapunzel was a beautiful young maiden who wanted nothing more than to learn how to read. For reasons beyond her comprehension, her mother refused to let her learn. Her mother also refused to allow her to associate with any males, so she’d been unable to do so, even though she was nearly 21 years old. One thing that Mother Gothel did like to do was to move around. She never stayed in one place for long. It seemed to Rapunzel that just when she was getting used to a place, feeling comfortable, and having it decorated just as she liked it, Gothel would say they were packing up to move.
On one trip, the longest they’d ever made together, the duo came upon two good for nothing men. They meant to do serious harm to Rapunzel and Gothel, but a knight happened upon them and saved them. This knight, Sir Gerek, tried to be gruff, grumpy and tough around her all the time, mainly because he thought Rapunzel was very rude and discourteous. He had no way of knowing that Rapunzel only feared him because Gothel had taught her to be distrustful of all men. Even so, Rapunzel fought against her mother on this one, and when Rapunzel had the opportunity to help Gerek, she did so.
When the duo finally arrived to their new home, which was located near the castle, Rapunzel began sneaking away to work for Monks in exchange for reading lessons. Little did she know who her teacher would be!
Rapunzel and Gerek both learn things about themselves, each other, and other people in their lives, as this delightful adventure unfolds. They also learn to trust God more.
I fear I’ve already said too much. But this book was a pure delight. My mom read it and my nearly 12 year old read and loved it. We rate it 5/5 stars and recommend it to anyone who loves classic fairy tale retellings. We look forward to reading the rest of Melanie Dickerson’s series!

Thanks again to Litfuse Publicity Group for the opportunity to read and review this great book. 🙂