…and everyone in between!
I have been hearing friends talk about fitbit, and wanted to do my own research.

Fitbit is a neat little gadget that you can wear to track your sleep habits, your eating habits, your activity habits and even your weight! It syncs to your phone and you can check your progress online as well. They even have a free trial, so you can try out the website stuff, without buying the fitbit, just to see if you’ll like it. I did so, since I don’t own a fitbit yet, and it is really cool and user-friendly! It’s not complicated or confusing at all. They have an extra service, fitbit premium, that motivates you to get moving even more.

Here’s a quote from one of my friends who has used fitbit:

OH.MY.STARS….I Heart my fitbit One.

When I saw all the awesome things that thing did I did this —> *faint*
And then I bought myself one. LOL.

The fitbit is hands-down the best motivation for activity I have ever owned. It’s incredible. The wireless sync is the bomb. The sleep tracker is cool. The step count is motivating. The stair count now has me checking my kids rooms like I never did before. I track my water consumption on the app.

Oh, and FWIW my daughter has thefitbit Zip. It works great for her but I think the One is way worth the extra money. The zip has a battery instead of recharging like the One. (Which holds a charge for a full month, believe it or not.) You also have to tap it to see your progress and it’s not backlit. So it’s harder to read. As far as tracking it doesn’t track steps or sleep. But everything else is about the same.

Here are some reviews from amazon (these are for the fitbit zip model):

I am so excited about my fitbit Zip that I just have to share.

First of all, it was super easy to set up– no measuring your stride or anything like that. Even syncing it to the computer is a breeze– I am an Android user, and yes, I do sort of find it annoying that I can’t just sync to my phone whenever I want, but I have found that having to sit down for a sec and sync it to my computer at home is painless, and actually allows me to forget about wearing the Fitbit for awhile, so I get a more accurate reading of what I’m ACTUALLY doing, instead of letting the Fitbit tell me what I SHOULD be doing.

That having been said, I have literally never been so motivated by such a small piece of plastic in my entire life. In an effort to earn steps, I have found myself getting up from my desk and taking laps around the office; making an effort to get out more at lunch and walk around; chasing my daughter around the house for as long as she wants, and even (gasp!) getting on my elliptical machine to reach that 10,000 step goal. I’ve had it a little over a week now, and I can already feel a difference not just in my body, but in my mood and my mind, as well. (And I am not the kind of person who says things like “my mood and my mind”).

True, the fitbit doesn’t KNOW I’m on an elliptical; but it knows that I’m taking steps, and that’s what counts. And if I want it to count that as a specific activity, I can log it on Fitbit’s site, or even better, I can log it on My Fitness Pal (myfitnesspal.com), which easily imports all my Fitbit data once I upload it to my computer.

I’ve not had it long enough to have to worry about changing the battery yet, but I had no problem at all installing the battery initially; I did not experience the breakage that a lot of other people seem to have had.

Point is, I am generally fat and lazy. But with the fitbit Zip, I find myself making that extra effort to get up and get moving. In fact, I like it so much that if I continue to do well with this one, I intend to upgrade to the One or the Flex later this year. The Zip is perfect for someone like me that didn’t know if they would find such an item motivating enough. My guess is that if they’re anything like me, they will.

**3/1/13 UPDATE** I don’t know when this actually went live, because I’m sort of bad about updating my apps, but you can now wirelessly sync the Zip with my Samsung Galaxy S III, making this THE GREATEST THING EVER. Also, I’ve lost nine pounds since I first wrote this review. And I joined a gym, something I literally thought would NEVER happen!

I received my zip as a Christmas present and I think it will be the most important piece of sports equipment I will ever own. Why?

1. It encourages me to be more active. My job is absolutely sedentary, to the point where I am encouraged to take naps, while on the clock, during my downtime. I’m sure that if it wasn’t for my fitbit I wouldn’t have walked (or snowshoed or ran) nearly as much as I have since Christmas; even with it being winter in Buffalo.

2. I just wear it and it tells me how many steps I’ve taken, how far I’ve gone and how many calories I’ve burned. It’s simple. It’s unbiased. It’s consistent.

3. I love the free online profile. Whenever I’m near my computer my fitbit automatically syncs and I’ve got a wealth of information at my fingertips. I love the charts and graphs. The website is beautiful and easy to navigate. Even when I was away from home for over a week it still had my information stored and it synced right away.

4. I wear my fitbit on my bra in between the cups where it is out of the way and out of sight. The silicone clip that it’s in is secure and regardless of my activity it stays put. When I wear sports bras I hook it a little higher on one of the side straps (so it’s not a little lump in the middle of uni-boob) where I can easily check it by pulling at the neck of my shirt.

5. It encourages friendly competition. I like seeing how my activity compares to my friend’s for the day/week. If I notice a friend getting close to my step numbers, I try and be more active–because I love to win.

6. The food tracker, both online and via the android app, is easy to use and makes me think twice about what I eat. Since I know approximately how much I’m burning, I’m logging what I’m eating and that a pound of fat is 3500 calories, I can see a direct correlation of negative calories eaten equals pounds lost. AKA, the numerical focus on the dashboard is pertinent and sound.

Since clipping this little thing on at Christmas I’ve lost 13 pounds by just being more active and paying better attention to what I’m eating. If you actually wear it consistently, get in your recommended 10,000 steps a day and eat at a _healthy_ caloric deficit you will lose weight. It’s science!

Wow! Those are glowing reviews! Out of 2,361 reviews, 1,621 are 5-star, and only 155 are 1-star. That’s pretty impressive! It really makes me want one, and I’m thinking about putting the payment from my current editing job toward getting one for myself asap!

If you are interested, please check them out through this link. As an affiliate, I will get a small percentage of the sale if you go through me. 🙂

And please feel free to come back and tell me what you think, once you’ve used it for a month or so! 🙂

When I get one, I will update this post and link to my review!

Prayer for My Sister 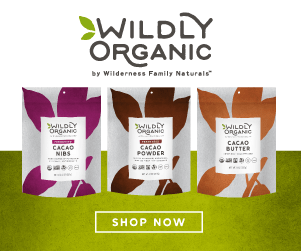