i am feeling like a horrible friend because i haven’t felt up to posting much. on here, or on my friends’ blogs. i apologize for this. the tooth (and the gum around it) are feeling much better. still not all the way healed, as i’d hoped, but not torturous as before. i keep getting these horrible headaches tho, and also i am soooooo tired. it’s not just from the tylenol 3 tho because i’m not even taking it during the day anymore. sigh.

and now i’m worried about jeremiah again. could you experienced mamas make me feel better and tell me things are fine?? he has been eating less and sleeping more lately. is this a growing phase or something?? his normal sleep times are 1-2 hour nap in the morning, about 45 minutes to an hour nap in the evening, then bedtime at around 9, getting up at about 745 or 8am. today he slept from 1045 until 110, and then i put him down at almost 6 and he is still sleeping. !!!!! he barely ate anything for breakfast or lunch. he doesn’t have a runny nose, but he DOES have a bad bottom rash. i know partly from the oj jerry gave him this morning, but he had it last night too. i just don’t know what to think. i know, you all think i borrow trouble and worry about nothing, but there are so many things that can go wrong with kids!!!! SIGH.

and to make matters worse, i’m feeling VERY hormonal. my throat hurts and i have heartburn. YET all i am craving is mexican food, which i am unable to get because jeremiah has been sleeping and mexican places do not deliver. i wish there was a gum that you could chew that tasted like whatever you wished. of course i’m not supposed to have gum right now because of the temporary crown. so i guess i’m in a no-win whiny situation, huh?

to make matters even worse, we are in between churches and i HATE doing the church search. we really need to find a place, but to find a place is so hard. there are so many places we find that we like certain things about, but we feel we can’t ‘settle’. once you’ve been somewhere with the truth, settling is a very difficult thing to do. please pray for us as we continue to embark on this search. there are many factors to consider. we must weigh our options and do what we feel the Lord is leading us to do. we don’t want to jump into full-time attendance somewhere unless we are fairly sure there is nothing ‘better’ around the next corner. SIGH.

enough of my downness. i think i may call jerry at work and ask him if he can pick me up mexican on his way home. do mexican places even stay open past 10???

God bless. have a wonderful Sunday tomorrow, my friends.

UPDATE: just wanted to update before i go to bed. i stayed up in case jeremiah woke up, because i wanted to make sure he got something to eat. plus i was waiting for my wonderful life-saver of a friend leesa to bring me mexican! 😀 i decided at about 1010 to go in and get him up. when i opened the door i heard him sit up. i turned on the light, and he blinked up at me, promptly grabbed his two baby bears, and stood up to be picked up. i checked his diaper and it was bone dry. (i wanted to make sure his rash didn’t get worse.) i asked him if he wanted to eat, and his face lit up with a huge smile. so we went downstairs and i gave him milk with ovaltine while i made some scrambled eggs with ham and cheese. i also gave him some toast. he scarfed the eggs down, but ended up not eating all of them. at least he ate some. he drank most of the milk, and ate only one bite of toast, and he was asking for his baby bears again. so we went back upstairs, changed his diaper (which was wet by this time) gingerly wiping and putting on a lot more diaper med, then rocked him with his milk and read him his big brother book. brushed teeth (why is he fighting this so much lately? he used to love brushing teeth!) and then got his babies and went into bed. he whined for half a second. i heard movement for one minute, tops, and he was out cold. i wonder what is making him so totally tired? he was in a wonderful mood in those 30 minutes he was up tho, so i really don’t think he’s sick. as for the eating, he is still eating regularly, and having two snacks a day. it’s just he’s more picky now and throws things down if he doesn’t want them, OR if we try to feed him he gets really upset. he hasn’t lost his big belly and he’s still chubby, so i’m not really worried about the eating a bit less. i just wonder if it correlates at all to him sleeping more. ?? he has also been drinking fine too – he drinks a lot. perhaps he drinks too much and that’s affecting his appetite? i don’t know. and i’m too tired to debate with myself! lol.

anyway, night all!!! any advice would be helpful!!!

Deals and Sales of Note: Clothing and accessories 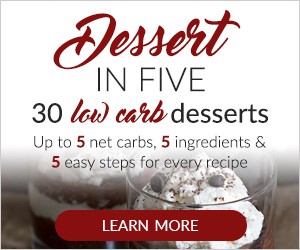