LONG POST TO FOLLOW! it’s been awhile since i sat down to write out my feelings and what’s been going on around here! so i hope you’re ready to hear it!! 🙂

i have to admit i’m kind of enjoying looking for a new home. we aren’t as scared of it as before, since we are looking mainly at hud homes, which are more in our pricerange.

the longer we are in this house, the more we both realize we would not be able to stay here, even if we could afford it, or if we were given the home out of appreciation and kindness (believe me, that won’t happen! LOL). the memories of my gramma were so real when we first moved in here four years ago. but then we made changes and slowly and surely the home felt more like ours and grampa’s and less like gramma’s. now, grampa is so etched in our lives and minds, from living with him here for four years, we cannot separate the house from him. we still go to his room to check on him to see how he’s doing, if he wants water, etc. we still look at the clock and think, oh we forgot to give grampa his meds! we still want to bring home an extra burger and fries, taco, cookie or chicken breast for him when we go out. i still can’t bear to go into his room alone, the master bedroom, which would have been ours if we’d decided to stay here. there is no way i could do it. no matter how many changes we could make to make this home more our home than his home, i don’t think it would work.
and to be honest, as much as i’d like to keep the home in the family, i would rather have those sweet, sometimes frustrating, memories of living here with him, not try to erase them or blot them out.
i would rather think back in fondness of the times he would get grumpy, the times he would ask “what’s on the agenda today?” the times he would openly discuss bodily functions (it’s funny, really LOL), the times he would sneak stuff to kc and think we didn’t know. the times he retold the same old stories, just so he could be talking to us. how he loved to hold jeremiah, even if it was for a few minutes, because he was weak and jeremiah was heavy. the times he told his little silly jokes and smiled at us and said he had to “keep us on our toes”, or “he was born ornery and had to keep it up”. the times he bragged about his family, how it was “growing leaps and bounds”. the times when he talked about the war and how terrible it was, or when he complained about how big business had it out for the little guy. the times when i’d get so upset seeing him trying to mow the grass on his riding mower, when he was supposed to leave that to jerry, for his own safety’s sake. the times he would ask if we had any chocolate lying around, because his sweet tooth was giving him fits. or when he turned his nose up at a meal i’d spent forever making, saying that he was a “meat and potatoes man”. those times when i would tell him goodnight and i love you, and he would say back “love you too kiddo” like i was still his little granddaughter.
i remember those times when he was really weak, but would still struggle to get up to let kc out, because he loved kc so much. kc was truly grampa’s only son.
how about when he would be craving something (i wonder if that’s where i got my ‘craving’ gene! LOL) and would give us money, ask us to go get it, and tell us to get ourselves something too. he was usually very generous.
there were times that made me soooooo mad at him we were nearly ready to give up and move out. i’m SO glad and thankful that we stuck with it, and loved him til the end.
we will have all these memories forever. even the ones where he frustrated us to no end can only make us giggle or smile now, because we knew that wasn’t who he was. he was just human, as we all are, and lost his temper sometimes, or acted rashly.
the good memories are great though. he was such a kindhearted, generous man, who loved his family more than anything, and in the end knew and loved his Lord. i believe when he died he knew how much he was loved. the night before he died, my mom, jerry and i each told him goodnight and “i love you”. he was so weak and out of it, that all he could mumble in reply was a weak “ok”. but we knew how much was behind it.

no, the memories here should never be forgotten or erased, and living here would be much too difficult for us. it would even be too hard for kc. kc loves grampa and does not understand why he’s not around. he will not even go outside (his favorite place) unless someone is with him. i believe he thinks we may leave and not come back too. :sad::sad::sad::sad::no::no::no::no:

ok this is turning into a teary, sad post, and that’s not what it was going to be! i’m excited about finding a new place. the houses we are looking at are nice, and a change of scenery will be very welcome for us all.

jeremiah is going through a strange growth spurt. he is refusing to nap when he’s supposed to. instead, he’d like to be a grump, and scream his little head off until he’s a sweaty mess! today, he finally fell asleep on the living room floor, as i was writing it, and now, before i’m even finished, he’s awake again! he is ROTTEN! can you smell him? :frog: he is still a sweet, smart, amazing little miracle though, don’t get me wrong. what would we do without him? besides sleep, i mean? LOL. no, he has been such a joy and welcome escape from all of the pain going on. he brings every day lots of love, laughter, smiles and life.
he is getting way too mobile for my liking. that’s another thing that will be nice about a new place – less mess. this place is SO full and cluttered, because we don’t have enough room for things. a new home will have plenty of storage room, so things that little boys should not have will be out of his reach!! :baby:
he rolls around very well, going right to his hands and knees most of the time. he is very proud of himself – you can just see it in his face when he looks around to make sure everyone saw his new acheivement. i really think he will be crawling SOON. he does not seem content to just lie around anymore, and the rolling will soon tire for his little curious body.
he can hold two things, one in each hand, and likes to use his pincer grasp sometimes for things. he is still wearing 6-9 and some 12 mo, and some 18mo clothes. there are still a few 3-6 that fit (i’m trying to stretch them out as long as possible – they are very tight though LOL). he definitely has his papa’s body type. he weighs 18lbs at 6mo, and i was 18lbs at a year!! not sure what jerry weighed, but i’m sure he was much bigger than i was. we are still waiting on those painful, obnoxious teeth that hurt but don’t come out! his hair is still a very light blonde, and he’s getting more and more of it. the sideburns are long enough that i can brush them back behind his ears (instead of looking really hillbillyish, going over his ears LOL). in the back it’s a bit long. i may have to break down and trim it, even though i will NOT count it as his first haircut!! i WILL NOT! 😉 his eyes are still a beautiful, deep, dark, almost slate blue. i am guessing since they haven’t changed, they are not going to. i’m glad – they are gorgeous!

as for the walmart pics, we didn’t get his 6mo photos taken yet. but the ones we were dissatisfied with from last month are being taken care of. they are reprinting the favorite pose for the package for FREE. (it’s the one with the tent behind him and the log and frog next to him). 😀

well i need to go rescue some cd covers from his grasp. no idea how he managed to get them, but hey, that’s what babies do, right?! oh now he’s moved on to mama’s shoe! YUK!

love and blessings!!!!
jenn and fam 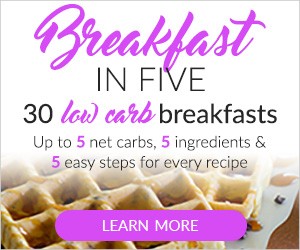