i thought it was over. the worst was thursday. friday was ok. saturday was uninteresting – no cramps or bleeding to speak of; just a bit of blood tinged spotting again. sunday morning was the same, but late afternoon, i started getting heavy cramps again, accompanied with heavier bleeding. what is UP?! i called the dr and he was on vacation. i was told that no one ever sent over my numbers, so she said she’d get them for me. they ended up being 1447. not down enough for the dr to be pleased, so he was thinking maybe we might have to do a D&C afterall. he said to wait until friday to get my beta levels checked again though.

today i was getting breakfast for the boys, and felt somethings strange in my pad. i went to the bathroom, and found something in between the pad and my underwear. it was nearly round, about the size of the fingerprint size of my thumb, and had a stringy thing attached. it looked like a bloody sac. so that’s what i assumed it was. why it took that long for it to come out, i’ll never know.

i did open it. i wanted to know so badly if a baby was in it or not. i couldn’t see anything that resembled a baby, but i’m really not sure how much like a baby a 5 week old embryo looks? but anyway, i actually threw it away, not knowing what to do with it. then i got it back out of the trash and put it in a ziplock baggy. i couldn’t bear it being in there…besides, i wondered if the dr might want it.

i didn’t call the dr until later, and the nurse called me back and said the dr wanted to have it. so i got my shower and took it over there. now i guess i’ll wait for whatever results he finds. maybe it will be my closure?? who knows.

i still go in on friday for my betas, to make sure things are going down as they should now. please be praying with me about this. i really REALLY don’t want to do a D&C. it just terrifies me for some reason.

thanks so much for all your prayer and support. it means so much to me.

it’s been in the background because of the loss of sprout, but the digiscrap store is open, in case anyone is interested. i’m putting up a special blinkie about a new thing we’re doing this friday night – it’s called a speed scrap crop. i’m copying what crystal wrote about it since i don’t think you can read over there without signing up first.

There will be a prize bonus scrap kit ‘ Frosted Meadow’ to all who complete the challenge and a bonus prize pack also. I love these challenges and I hope that you do too or will come on and try one, I think they are a blast! See you all on Friday night.

What you need: about two-two and a half hours of time set aside.

1.) Sign into the forum here 15 minutes before the speed scrap.
(there will be a new thread.)
2). Have your scrapping software open and ready to create.
3.) Have your photos, digital scrapping papers and elements ready to dig through your stash.
4.) Follow the directions as to what to include on your page one step at a time.
5.) We will give an additional hour to complete your LO and have it uploaded to the gallery.
6.) Prizes given.
7.) then we all leave love for our speedy creations!

Teaching Kids to Save Money

Just So You Know… 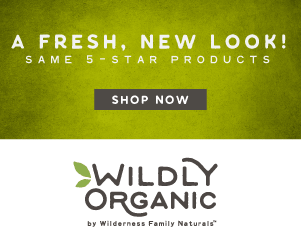