Skip to content
We are participants in the Amazon Services LLC Associates Program, an affiliate advertising program designed to provide a means for us to earn fees by linking to Amazon.com and affiliated sites, as well as other affiliate links. See our disclosure page for more info.

Thanks so much for joining us for our Encouragement for Imperfect Wives Series! We hope you’ll be blessed, encouraged, challenged and comforted all at once. Please let us know if you need prayer – we’d love to pray for you!

Marriage is wonderful. Marriage is also hard. When getting married, we all bring some things from our pasts into the marriage. But what if some of those “things” are remnants and products of a previous marriage?

I’m a second wife to a second husband. I never thought I’d marry twice. When I married the first time, it was forever and I committed like it was. It didn’t quite work out that way. The marriage wasn’t solid (though I thought we were equally yoked when I took my vows) and he broke his vows. The marriage ended when his life did, by his own hand.

It was very sad and tragic, the way it ended. But the marriage itself left some scars and I still carry many of those scars to some degree. My husband was previously married as well and his marriage also was unhealthy, though he did his best. He brings his own scars.

We also bring children from each first marriage. Talk about tricky. Some of those “step” relationships have been beautiful and bonding. Some have been far from it where there’s virtually no relationship at all. It happens. Just as there’s no handbook that comes when you give birth, there’s definitely no handbook that comes with dealing with someone else’s children when you make attempts at “blending” and dealing with divorce, loss, and a myriad of hurts. These relationships can be painfully complex or beautifully close.

When I became a second wife I learned some things and I’m learning still, three years later. I can tell you I have not been perfect. The good news is, perfection is a delusion. We don’t have the ability to be perfect. We fall. But then we stand. We try again. We apply what we learned so we can do better. Here are some things I’ve learned in my “do better” attempts:

Just as the Bible tells us God first, then your spouse, then your children, it’s really important to keep that in check and make it clear to yourselves, your mate, and your family. (God first, husbands and wives submit to each other, and children honor their parents…makes sense, right?) Before I first married, my beautiful, God-fearing Mom told me to always put my husband first. I thought it was a horrible thing to say. Shouldn’t our little children be first?! Later, I would learn what she meant. If each spouse puts the other first after God, then your marriage will be strong and united and able to lead the family. Pray always for each other and your children.

2) Be a United Front

Kids will always look for that crack in the armor. That’s when they take Mom’s “no” and go ask Dad instead, hoping to get the answer they seek. Sometimes, even good kids, will try to play one parent against the other. This may happen even more in a second marriage with stepchildren. This will happen if there’s any sort of animosity or jealousy amongst the children. Not everyone is going to like each other.  Although we had such high hopes all our children would like each other and like us, that just didn’t happen. My children absolutely adore my new husband. His children don’t adore me, my children or the idea of our marriage at all. You might be surprised to find that my children are now teens (so were younger when we met) and his children were adults when we met and their lives were far less affected by our union. For this reason, our contact is limited. And that’s okay. My household has come to a place where we know we’re good people doing our best (which in this case is pretty good) and that respect is all we’re going to require at this point. To use a cliché, it is what it is.

3) Be Gentle with His Scars

Coming from past hurtful marriages, we all have scars. Be mindful of his. Men have them too although they might hide them better. For example, if he was a victim of adultery, be mindful of any insecurities he may have in that area (or in any area where he was particularly wounded by that marriage). Just be sensitive to each other and what you went through. Make sure each of you know there won’t be a repeat.

Build him up.  Help him.  Support his dreams. Honor him. Respect him. Make sure you know he’s adored in your eyes. He will feel like a million bucks. And so will you because he’ll build you up the same way.

5) Watch Your Own Faults

Just like he has hurts, I do as well and I have to make sure I don’t make my new husband pay for the sins of my first one. I can’t be suspicious of my faithful husband because my first one wasn’t so faithful. I can’t bring those things into this marriage. It’s understandable (as mentioned) that you bring hurts in but if they get intrusive so you’re making unfair assumptions or have insecurities that are interfering with your marriage, get some solid Biblical counseling. Remember, marriage takes work and sometimes second marriages take even more work. But if you remember what broke your first union, chances are, your new marriage will be healthier, more beautiful, and a wonderful example of success because you’ve committed to being happy and doing this right.

Bonus: Give yourselves grace. Marriage is an ongoing learning process and you’ll make mistakes. You’ll apologize. But you’ll keep moving…together…with God going before you. 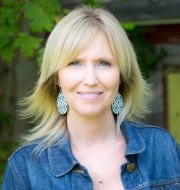 Melanie Pickett is a writer and blogger who writes about abuse survival, faith, and family at MelanieSPickett.com. Melanie is currently completing her first nonfiction book. She worked as a Medical Language Specialist for 19 years and is now an occasional substitute teacher. Melanie contributes regularly to several blogs including a mental health blog and a writers conference blog. She has been published on BlogHer, Splickety Magazine, and Whole Magazine online. Melanie is a wife and proud mother of two beautiful teenagers who all share her love for the Lord. You can also find Melanie at Twitter and Facebook.

His Masterpiece (a work in progress)

One of those survey things…