We are participants in the Amazon Services LLC Associates Program, an affiliate advertising program designed to provide a means for us to earn fees by linking to Amazon.com and affiliated sites, as well as other affiliate links. See our disclosure page for more info.
Share26
Pin
Tweet
Email
Share
Reddit
26 Shares

I don’t often hear people say this about my boys, but I can tell they’re thinking it. The disapproving looks. The not-so-subtle eye rolls. The exasperation and frustration.

They wonder how we could possibly let them get away with that.
After all, all they need is a good whipping.

You know, when they were younger, I sometimes listened to those people. I did spank my boys, and I regret it every day! I wonder what would be different now if we hadn’t spanked. Would there be less anxiety in the house, would they have less trust issues? Would they hurt each other and themselves less?
No one really knows for sure.

I love my boys, and everything about them. But sometimes, I’ve gotta admit…Autism sucks. High functioning autism is invisible…Until it isn’t. These guys are just enough to the left or right of normal that they act, feel, behave, and ARE different. It’s not a disability. It just IS THEM.

There are things we can do to help them through life. To function in the “normal” world. But they will always have autism. THEY will always be the ones to try to conform to others’ standards.

Knowing that Jerry and I are definitely on the spectrum as well (the two of us haven’t been tested, but when the boys were tested, everything resonated so loudly and clearly that we just KNEW, and mysterious pieces of our childhoods fell into place!) makes it a little easier, in a way. We are, after all, a family of misfits.

But it still hurts to have others doubt our parenting abilities, to feel judged, to feel less than, and to know that people are looking down at our precious boys.

It’s kind of funny that everyone always tells kids to just be yourself. Then make sure that the kids know that isn’t what they meant at all…

I have to admit, I really didn’t have a point for this post. I am just feeling the sting of reality today, and I don’t like it.

5 Tips to Enjoy the Summer (for Special Families)

RX for Kindness from a Special Needs Mom 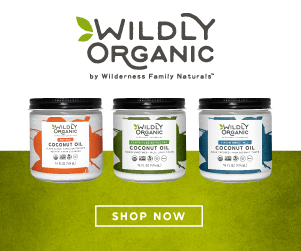 Back to
Login
×
Close Panel