It’s Jenn again, and I’d love to introduce my co-authors to my B3 readers! For the longest time, my site has been just that. Mine. The words that were in my head and needed to spill out ended up on my blog. At times, there were months and months in between posts, and the poor blog sat and sat because I didn’t have time to post, didn’t feel I had anything worth saying, or felt that what I had to say was too depressing. This site was meant to chronicle the blessings in my life, so I always felt guilty about being negative (even though I was being honest!).

So I asked friends what they thought about filling in for me sometimes. I’m so thankful that some took pity on me and decided to help me out! 🙂 Each of these ladies has a different perspective, and I know they will only make this site better! I’m so excited for us to continue the journey of BBB together! Without further ado, let me introduce my Blessed Beauties! (Now in alphabetical order, for my own well-being. ;))

Amanda and I met at a La Petite (childcare center) in 2002. {That is crazy!} We both worked there. I taught her oldest son when he was a little two year old! Then we were preggo co-workers for a while, since I was due in January of 2004 and she was due in March of 2004. I left in mid-2003 when my morning sickness with Jeremiah was too much. But we stayed in touch! We later were in a homeschooling group together, and even when she moved, she remained a close friend. She’s one of those gals that always puts a smile on everyone’s face. She’s so upbeat and encouraging. Recently, she has been asked by Proverbs 31 Ministries to be an online Bible Study leader! Amanda really shines the Lord’s light, and I can’t wait to see what she brings to BBB!

Amanda and I attend GracePoint together. To be honest, I think we met through our boys, Cade and Jeremiah. They were in class together and became friends, which led to our friendship. We also were in the church’s couples’ class together. After a while, she told me about the great homeschool co-op she was in, and I joined as well. Neither of us are in the co-op right now (hopefully soon again for us!), but still see each other at church. Amanda probably has the most energy of anyone I know. She is always coming up with new ideas, and unlike me, who has ideas and just sits on them, she goes out and acts on them. I LOVE that about her! Amanda is currently a Devoted Fitness instructor, a Beach Body coach, and a doula! Also, she and her hubby are an inspiration to me. I’m really thankful she has decided to join us, and can’t wait to see what she writes. 🙂

Amber and I have known each other for the longest amount of time, but were together for the shortest amount of time! LOL! She and I met at Grace College in 1995. She has always been such a sweet, fun and precious friend! She is now the wife to a great guy and loving mama to two gorgeous little boys and a beautiful little girl. I’m anxious to see what she shares with us.

Cara Lynn and I met online in about 2002, when I first started my online journey. She had a super sweet site that was always an encouraging and thought-provoking blessing to me. I even got to meet her and another online friend one time in about 2006, I believe. That was such fun! She is a huge Dave Ramsey fan, with lots of budgeting advice. I’m looking forward to her interesting perspective as a single working mom, and I’m so glad she’s joined me!

Elle and I met online in 2004, when I had just had Jeremiah. She is a young, sweet girl with lots of spirit and a joy for living. She loves God and is always such an uplifting encourager. Even with illnesses that take her energy, her attitude is almost always upbeat and positive. As a single Christian looking for God’s best in her life, she will have a wonderfully unique perspective for BBB. I’m very thankful she’s joining us. 🙂

Julie and I attend GracePoint Church together. We met in choir when I first started…She was pregnant with her daughter, so what year was that? She probably thought I was the most outgoing weirdo ever. I remember just striking up a conversation with her as if we’d known each other for years. LOL Poor Julie! She is a wonderful, faithful friend and such a sweetie. Her family travels out of state a lot, so she has a great perspective on vacationing. She’s also a travel agent with Disney, which is such a fun thing!

Nina and I are online friends. I knew her when she was just a teenager, and I got to watch her romance unfold online. She is now the wife to a youth pastor and the mom to a beautiful little girl and two adorable little boys. She is a couponista, bargain hunter, fashionista and garage saler extraordinaire. I’m looking forward to her savvy and sassy perspective.

Rachel and I also attend GracePoint together. We met in choir, and became closer in Praise Team. She is a real inspiration to me. I can’t believe how many balls she has in the air at once and still seems so full of energy, upbeat, encouraging and inspiring. She is a wife to the young singles’ leader at church, mom to three girls and one son, Bible Study leader, and an independent Melaleuca distributor. She also sings half the songs we do each Sunday for church. Rachel and I don’t know each other super well, but I love her dearly and am very thankful for her in my life, and that she has decided to join me here at BBB.

And those are my current co-authors! I know you will come to love them as I do! 🙂 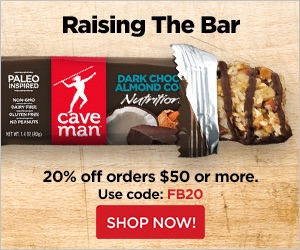